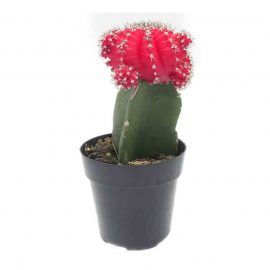 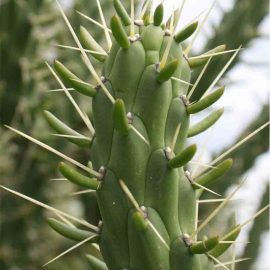 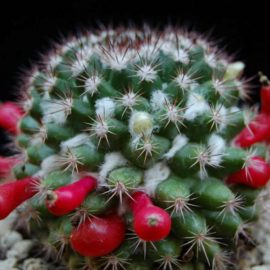 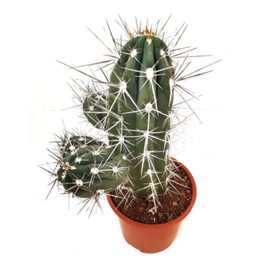 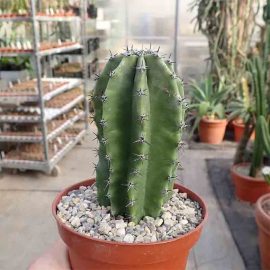 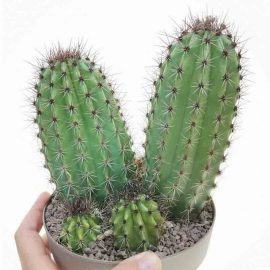 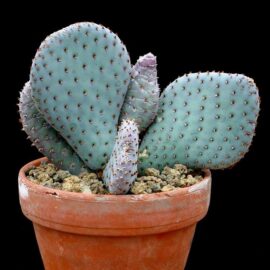 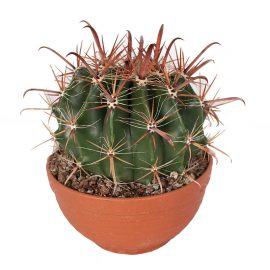 Cactus are flowering plants have the greatest number and variety of species. Although a few cactus species inhabit tropical or subtropical areas, most are well adapted to dry regions.

Cacti are succulent perennial plants. Cacti generally have thick herbaceous or woody chlorophyll-containing stems. Cacti can be distinguished from other succulent plants by the presence of areoles, small cushion like structures with spines. Areoles are modified branches, from which flowers, more branches, and leaves (when present) may grow. Cacti are widely cultivated as ornamentals.

In most species, leaves are absent, greatly reduced, or modified as spines, minimizing the amount of surface area from which water can be lost, and the stem has taken over the photosynthetic functions of the plant. The root systems are generally thin, fibrous, and shallow, ranging widely to absorb superficial moisture.

Cacti vary greatly in size and general appearance, from button like peyote and low clumps of prickly pear and hedgehog cactus to the upright columns of barrel cacti and the imposing saguaro. Most cacti grow in the ground but these can also be grown in pots are containers.

The primary method of reproduction is by seeds.  Flowers, often large and colorful, are usually solitary. Several cacti develop plantlets at ground level that, as offsets, reproduce the species vegetatively. Many others can reproduce by fragmentation, whereby segments broken from the main plant will readily root to form clonal individuals.

Cactus plants can grow in any climate, the majority of cacti are found in the hottest, driest areas on Earth. However, certain species of cacti grow in rain forests, on mountain ranges, Cactuses can survive on very little water and thrive in the temperature extremes found in deserts around the world. That being said, there are varieties of cactus that grow in rainforests where water is abundant, on lush mountain bases, at high elevations, and low elevations. It is a plant that can grow anywhere in the world.